Announced in June and being released in early September, iOS 13 is Apple’s next operating system for iPhones and iPads. Features include a Dark Mode, a Find My app, a revamped Photos app, new Siri voice, updated privacy features, new street-level view for Maps, and more.

While there are dozens of new capabilities in iOS 13, there are a couple new features that we find particularly notable and think you will too. The first is a great new addition that will continue to change how consumers and their favorite brands connect. This new feature builds on Apple Business Chat, released in December 2018, and is called Chat Suggest. The second is a new toggle button in Settings called “Silence Unknown Calls” that promises to make millions of iPhone users much happier, but may put your business even further than a phone call away.

How life will change…

Imagine you are enjoying family dinner on the one night you can get everyone around the table at the same time. Of course phones are not allowed at the table, but they are definitely laying on nearby countertops. All of a sudden, one starts vibrating and everyone pretends to ignore it while sneaking a look to see who’s phone is shimmying across the counter. At that point, someone inevitably gets up from the table to check their phone only to find it to be an unknown caller or unrecognized number. The call goes unanswered because we simply don’t answer calls from numbers we don’t know anymore.

Let’s be clear, no one actually wants to answer their phone in this day and age. Privacy-conscious Apple is just helping people do what they want – avoid calls from people they don’t know. Tucked away into the iOS13 release is a wonderful, new, little setting. Apple has come to our rescue by creating a setting to silence calls from unknown contacts. These calls will go directly to voicemail. This means you will need to find some more dinner table topics.

With iOS 13, your iPhone won’t ring if the incoming phone number is not known. Nuisance SPAM calls drive us crazy every day and with the iOS 13, Apple wants to fix the issue with the help of Siri, which will scan your Contacts, Mail, and Messages to see if you’ve previously been in contact with the caller. If you have, it will ring through. If not, it will go straight to voice mail. 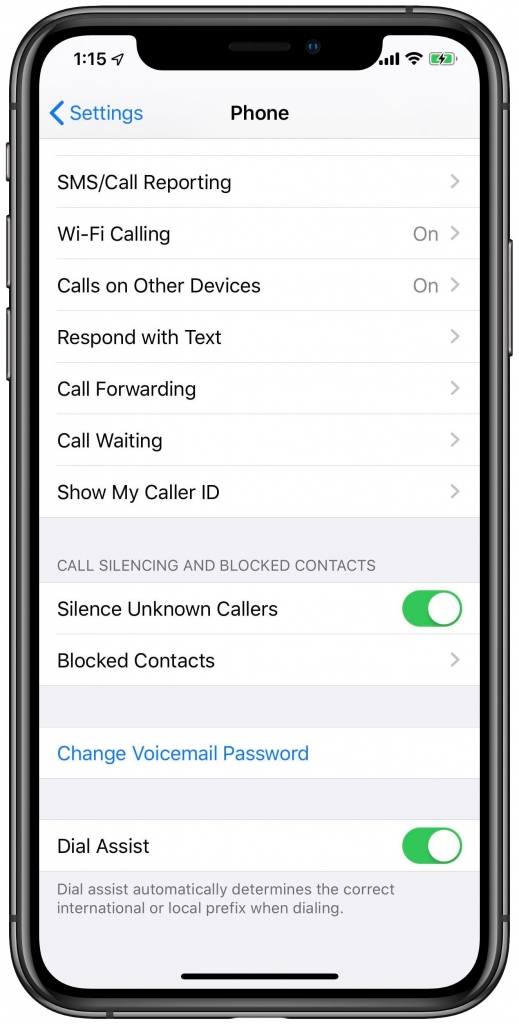 Consumers will love it. Businesses will hate it.

While this is music to the ears of consumers, this could have a real impact on businesses that have legitimate reasons to call to reach people. For companies making outbound calls, their already low connect rate will plummet. It isn’t all gloom and doom. If your business has a mobile phone number, you can message someone instead. To comply with privacy laws and the TCPA, businesses need to have permission to text a number, but they also needed permission to call. With messaging, people open and read 96% of all text messages. With Quiq, those messages can be two-way. What does that mean? It means you can send a notification that a payment is due or something is ready to be picked up and the recipient can reply back to you.  This can be the start of a conversation that leads to more business and better customer satisfaction, and believe it or not, many messaging platforms can’t do this.

Leave the phone behind and connect via messaging

It’s been getting harder and harder to talk live to people on their phones, especially if you are not a family member or friend. Apple’s Silence Unknown Callers feature makes this even more difficult for all iPhone users. Instead of fighting this tidal wave, it is time to consider a better way to connect. Messaging is, without a doubt, the best way for businesses to engage with consumers. Messages get read. Messages get a response. Messages cost less than phone calls. Why wait? Make your life easier and your business more success. Get messaging.