Retailers Are Leaving Money On The…Tablet and Smartphone

The 2019 holiday season saw Cyber Monday break ecommerce records with $9.4 billion coming from online sales. An impressive $3 billion of those sales occurred on a smartphone – double the prior year. Mobile rules consumers’ personal lives and how organizations engage with consumers via mobile is quickly evolving.

Mobile shopping has been clearly gaining ground year over year, but retailers are still “catching up” to consumer’s preferences. In a recent survey conducted by Sapio research titled “2020 Mobile Retail Trends”, retailers admit they have a lot of work to do.

Let’s take a brief look at the history of mobile shopping for insight into why this game of catch-up is afoot. Then, we’ll examine the mobile retail trends happening today which are shaping the future of retailer’s mobile shopping strategy.

The Evolution of M-Commerce or Mobile Shopping

Believe it or not, consumers have been buying things on their phones since 1997. Back then, purchases were limited to ringtones and services. No one called it M-commerce then, but that term now describes any monetary transaction completed using a mobile device.  As years passed, transactions became more sophisticated, but the first tangible goods weren’t sold until 2003. Even then, the process required users to register their bank accounts online and reply “yes” to special offers sent to them through text messages.

Mobile shopping didn’t really get a boost until the first iPhones were released in 2007. Turns out, putting the internet into everyone’s pocket would change everything. According to data from Ericsson, data usage exploded at a staggering rate, while voice data clipped on at a steady pace over the years. 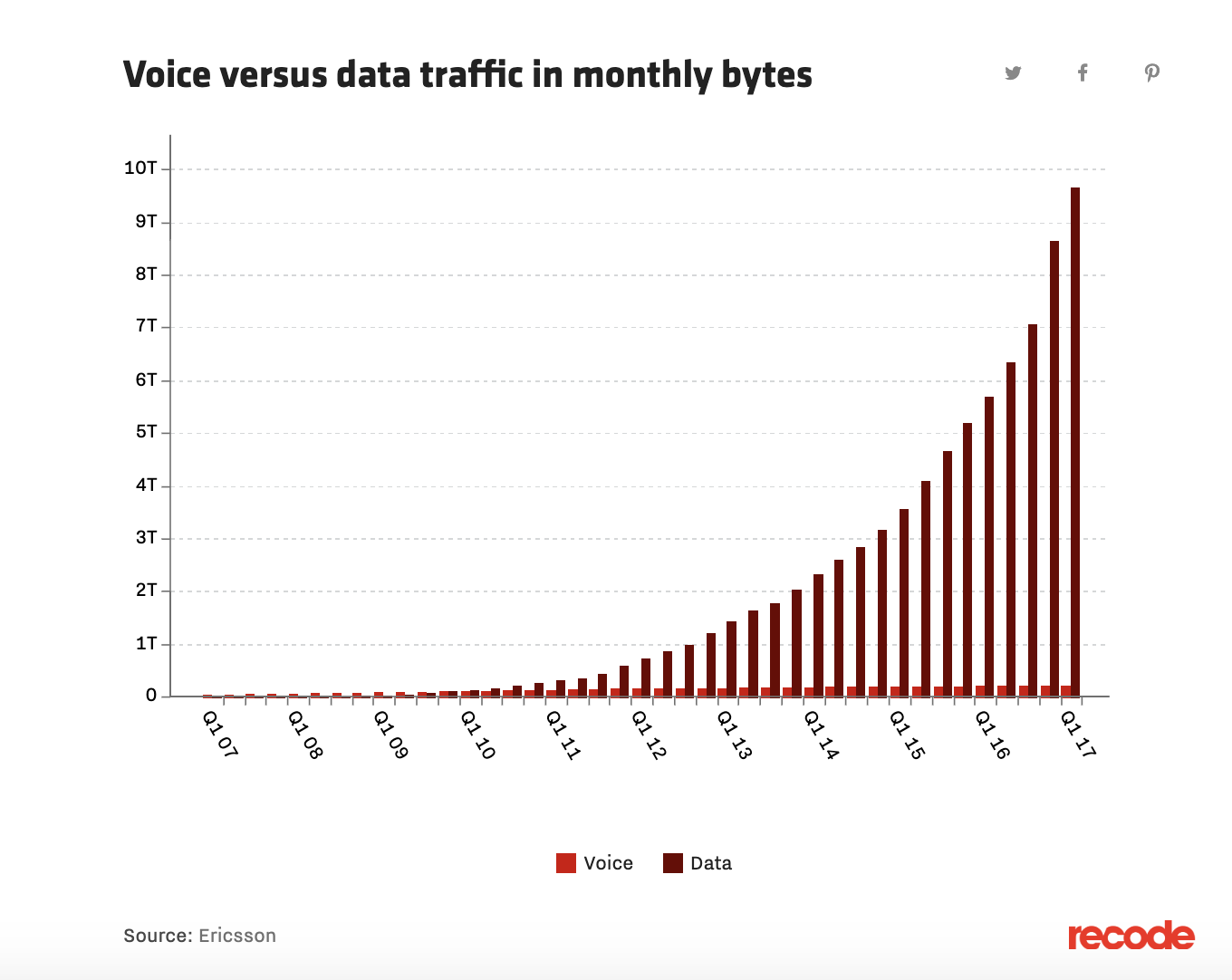 The accessibility and freedom that smart devices offer created a whole new generation of tech-savvy and informed buyers. At the same time, the number of new services, like streaming videos and music, shaped a new expectation that purchases should be available instantly.

Not only did consumers expect retailers to make products more available, but they expected any pre-sales service or post-sales support to be available too, especially with the ever-growing popularity of social channels like Facebook and Twitter adding to the digital places consumers expect to see their favorite retailers and brands. All of these changes took place at a staggering rate, leaving many retailers trying to discern where and how they should best invest their resources.

That brings us to today. The new era of mobile commerce requires retailers to have a presence on the digital channels their customers spend their time, including SMS/text, mobile web chat, and social channels. M-commerce has evolved into conversational commerce, and there are real costs to missing out on this new way of doing business.

The Cost of Missing Out on Conversational Commerce

According to comScore, mobile retailers are missing an opportunity to capitalize on the amount of time consumers spend on their phones, evidenced by the gap between share of minutes and dollars spent. Four of the top five reasons consumers cite for not-converting on a mobile site involve basic difficulties with usability.

If you’ve ever visited a website that isn’t optimized for mobile on your phone, you know how frustrating it can be. Tiny buttons and links serve as impossible touch targets, scrolling that never ends, and forms that are difficult to fill out on a tiny keyboard, create hassles and often result in abandonment. 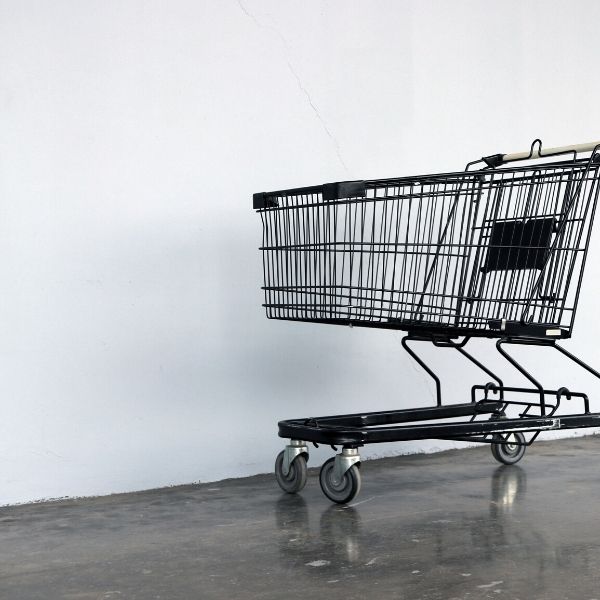 The issues above are a source of friction for consumers. The more friction, the less likely customers are to convert. Busy, stressed out, and impatient consumers are not willing to wait for a slow page to load or spend time trying to figure out how to add products to their carts.

Contrast that to the new conversational commerce way of engagement:

That’s a big difference from today, and it’s a difference that retailers can feel on their bottom line. According to research conducted by Sapio Research, 65% of respondents state that mobile technology has actually increased their revenue. For your customers, it means a more fluid experience. In fact, our clients have experienced double digit higher customer satisfaction scores with messaging versus traditional email and phone channels.

According to the “2020 Retail Mobile Trends Report”, the evolution of mobile shopping is clearly pointing retailers in the direction of being “mobile-first”. This goes way beyond making sure that your website has a responsive design. Although responsive design is important for a better experience across multiple screens, being mobile-first means just that – putting the mobile experience first.

In the 2020 Retail Mobile Trends Report, 37% of retailers have integrated mobile into their holistic customer experience. From browsing to buying, to engaging with a brand online and in-store, mobile is part and parcel to the planned and purposeful buying experience. You can download the full report from Sapio from the Quiq website.

The majority of respondents (54%) to Sapio’s survey admitted that they’re not fully prepared to meet consumer demands for mobile, and it shows. According to the latest conversion rate data by Smartinsights, approximately 4.14% of consumers convert when shopping on their desktop, while only 1.53% of shoppers convert on their mobile phone.

Mobile is the future of retail and consumers will not tolerate the outdated retail processes and channels that existed before smartphones, like calling a 1-800 number and waiting on hold to place an order. If you’re like most retailers, you may be wondering what the fastest way to seize the opportunity of today’s mobile retail preference is. Luckily, there’s a way to leapfrog into this new era of conversational commerce by implementing messaging.

With Quiq’s messaging platform, you can enable your current landlines to send and receive messages across a wide portfolio of digital channels. Skip the app entirely. You can easily provide your customers with rich messaging experiences through Google Business Messaging and Apple Business Chat, allowing them to browse, shop, and complete secure transactions without leaving the messaging conversation. With Quiq’s conversational engagement platform, companies can easily orchestrate commerce and service conversations involving both bots and humans.

If you’re ready to dismiss the reservations around messaging and increase your mobile conversion rate, set up some time to discuss it with one of our messaging experts. We’re looking forward to helping you ride this wave of mobile retail trends to a more profitable future.