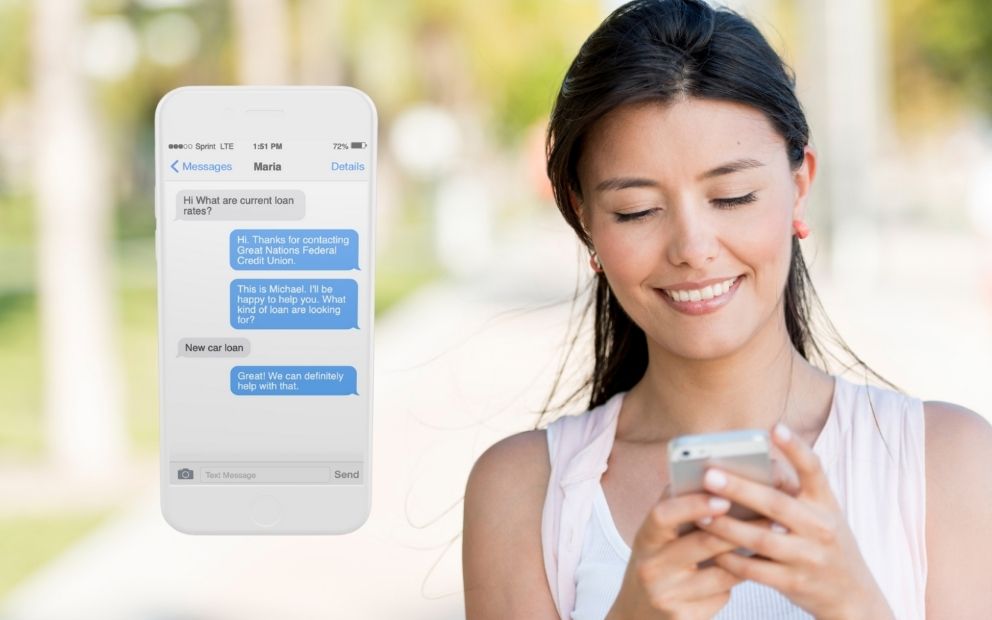 Prior to the pandemic, online and mobile banking already represented the primary banking channels for two third of Americans. As the pandemic forced branches to close, credit unions and consumers readily embraced more online banking options including chatbots to provide members with 24/7 automated service.

Whether it is to help manage account transactions or process loan applications, everything has had to move online. In this post, we’ll show you how credit unions have quickly deployed technology to manage unexpected changes and better connect with members.

Every company out there has had to take a closer look at how they connect with their customers. Credit Unions have not been an exception.

Buddy Bennett, COO at Cyprus Credit Union spoke about it during Quiq’s webinar entitled,  “Digital Member Connections That Are Seamless and Compliant”. Buddy recalls how his organization, which manages 1.3 billion in assets, examined how to better connect with their members as part of their strategic planning sessions for a number of years.

The 30 person contact center at Cyprus used to service its 119,000 members primarily through emails and phone calls. The organization wanted to make it easier for members to connect and get the help they need.

The vision motivated Cyprus to look at text messaging and chat so they can meet members in the channels of communication in which they live. Consumer’s growing reliance on their cell phones and texting made messaging the more appealing option. As Buddy puts it “Really, we felt like to get to members and to be able to communicate with them, text was going to be the way to go.”

“Really, we felt like to get to members and to be able to communicate with them, text was going to be the way to go.”

The accounting group at Cyprus was one of the first groups to use messaging within the credit union. The department uses messaging to notify business members when checks over a certain amount have cleared. From there, the lending department started successfully using Quiq to reach out to members to follow up on loan applications and soon the collections department will use Quiq to notify members when payments are past due.

The credit union has since rolled out messaging to their contact center to manage inbound inquiries from members. Members and employees have welcomed the new channel with enthusiasm and Buddy says they’ve been surprised at the volume they’re seeing in the messaging channels.

Delivering a seamless and convenient customer experience was vital to the future success of credit unions before the onset of the pandemic. Now, there’s more of a spotlight on the vital importance of enabling members to conduct business at a time and place that is most convenient to the member. Messaging is the channel your members prefer that allows self-service to happen on their terms.

Seamless Member Engagements Starts with Simplifying The Experience For Agents

Black Hills Federal Credit Union manages 15 locations throughout South Dakota along with 1.5 billion in assets and 70,000 members. Even before the pandemic, the organization started to see challenges in their contact center which motivated the team to look at messaging. 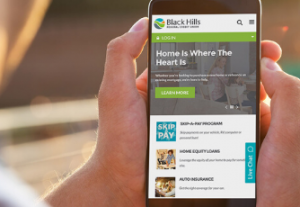 John Buxton, SVP and CIO at Black Hills recalls how his organization started to see high abandonment rates and long wait times. As he recalls, “it just didn’t feel like we were maybe providing the service that we wanted to.”

Black Hills also wanted something that simplified the messaging channels for agents instead of a bunch of different systems that agents would have to navigate. When Black Hills went live with Quiq, agents were up and running after only 1 hour of training.

As far as agent adoption, John says, “It was very easy to get them involved because they have requests all the time from members – that’s how members want to communicate. And so they were excited to be able to use something that members want. It was literally just go through a power training and then start doing some testing between each other, texting back and forth….it was very quick for our agents to become familiar with it.”

It didn’t take long for members to notice the change either. John recalls how surprised the team was when the credit union went live with messaging in their mortgage department. “As soon as we text enabled those phone numbers, and we hadn’t even trained our staff internally or announced it, we were receiving messages. Members were just instinctively thinking that they can text the credit union. They were texting the mortgage phone numbers that were on the website before we even trained our staff internally.”

Black Hills started with messaging in the contact center, mortgage department, card services and are now moving it into their branches. The credit union has also integrated messaging into their IVR. If a member has been on hold for a certain amount of time, they are presented the option to have the conversation via text.

The conversation is handed off to the messaging channel where it’s easy for the agent to respond. All conversations are handled in one intuitive workspace where agents can use features such as canned responses (also known as snippets), routing, transferring, and response timers to manage conversations.

Deliver better service to your members.

If making it easier for your customers to do business with you and simplifying workflows so agents can deliver better members experiences isn’t enough, consider this. Messaging enables your credit union to gain operational efficiency and boost productivity, which is a win for everyone. 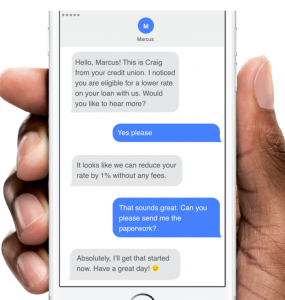 Normally, IH Mississippi would use email and phone calls to contact these members. This process was time-consuming and usually didn’t yield a high response rate. The team now uses messaging which has reduced processing time and boosted response rates.

The financial solution team pulls a report of members who are delinquent on payments or nearing delinquency. A CSV file is uploaded and text messages are sent to those members automatically. What used to be a time-consuming process now takes 5 minutes to execute.

The credit union has realized a higher response rate to these messages compared to those delivered through email or phone. Now, members can discreetly respond and let the credit union know when they will make their payment or simply say “Hey, I forgot, can you transfer the funds now?”

Messaging Will Continue To  Be Your Members Preferred Channel

Prior to the pandemic, there was already a high adoption rate of messaging among credit union members. Covid-19 pushed branches and members to adopt digital technology overnight. Your members will continue to seek safe, secure, and convenient ways to bank with you and messaging will continue to be a channel they expect to be available to them.

Quiq’s digital engagement platform is used by top brands and a list of credit unions that grows by the day. Our business messaging, web chat and bot technology helps credit unions deliver an amazing member experience. Before you develop the next phase of your self service strategy, schedule some time to meet with one of our conversation experts to discuss how messaging can go to work for your organization.