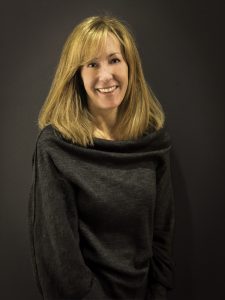 Quiq is proud to support International Women’s Day by highlighting three of our own Quiqsters who are helping to move technology forward. Our first profile is our very own CMO, Dani Wanderer. Dani has been working for tech companies for over 25 years. She’s helping move technology forward by supporting and mentoring incredible women to pursue their dreams, fight for what they want, and provide opportunities to help them succeed.  Aside from being a mom of two and avid hiker, Dani is the only Bozeman-based board member for Make-A-Wish, and working to make lives better for critically ill children.

Q: Tell us a bit about yourself, and when you discovered a love of tech

I didn’t start off with a love of tech. I started off with a passion for languages and studied French, German, Spanish, and Latin in high school. At the time, I wanted a foreign language to be part of my job but knew that just majoring in a language in college was not going to result in a high paying job. I decided to add business to my degree and to pursue international business, and as I entered college, I selected German over the other languages I had studied. This was primarily due to the fact that the Berlin Wall was coming down during that time and I thought there would be a great opportunity to live abroad and work in a German business after graduation.

“Sometimes the path you plan to take has some roadblocks and other paths open up.”

Sometimes the path you plan to take has some roadblocks and other paths open up. I had planned to attend Thunderbird for my masters and thus had selected Arizona State University for my undergraduate school. My mom and I visited the ASU campus and after seeing the campus and meeting the counselor, that it was clearly not the place for me. Being a planner and hater of change, not to mention a teenager, I was devastated. My mom, bless her, decided to drive me down to Tucson to see the University of Arizona. Despite being a very reluctant and negative participant on this detour, the first person I met there actually asked me what I was interested in doing and where I saw myself after graduation. Those questions revealed a whole new opportunity that was just perfect for me. U of A had just launched what they called a 3/2 program, which was a 5-year program where participants would receive a liberal arts degree in 3 years and a masters in 2 years. I was one of the first people to take on that challenge – keep in mind it can take some undergraduates 5 years to get one degree and I was going to have to buckle down to get 2 degrees in 5 years. The upside benefits were that I could still get a degree in a language and also end up with a masters degree in finance, but also, as an out-of-state, working student, I could minimize the years of tuition and student loans.

So, how did I discover my love for tech? It came when I was recruited out of the U of A for a job with Hewlett Packard. Growing up in Omaha, Nebraska did not afford me much exposure to tech, not to mention I grew up with more “blue-collar” than white. Hewlett Packard was under the leadership of John Young and then Lew Platt, so the HP Way was very alive and well. That is where I discovered and fell in love with tech.

Q: What do you love about technology and what developments are you most excited about?

What do I love about tech companies?
– the speed at which they move
– the constant change and continual innovation across every single team, not just product/engineering
– addressing new and different challenges every day
– the energy of the culture and people

Q: What are the skills or career paths that may be exciting prospects for women now and in the future?

I believe that we should continue to encourage women in business, supporting their path to senior leadership and to become a CEO is still a huge opportunity. There are still only 27 female CEOs in the Fortune 500–that is 5%!!! Encouraging women to go into business and work their way up through the ranks and grow their skills must still be a priority.